We continued south on US-23 into Virginia and cut west on Alt-58 and US-58 to Cumberland Gap National Historic Park, where Virginia, Kentucky, and Tennessee all meet. After enjoying the view there at Pinnacle Overlook, we stocked up on groceries in Knoxville and drove through Townsend into Great Smoky Mountains National Park, where we set up at Elkmont Campground.

In Search of Breakfast

We spent our first night on the road in a warm cozy room at the Eastern Heights Motel in Ivel, Kentucky. We were up bright and early at 6:30am and got on the road just before first light at 7:15am. An early high fog hung just over the hills, shrouding the tops in mystery. About a half an hour after we got going, the sun quickly burned it all off.

We decided to start our day by looking for breakfast. I preferred finding a mom & pop greasy spoon over a national chain place. I expected that there would be plenty of these along US-23, but I was hard-pressed to find any using Google Maps the night before…maybe they never got on the map? So we kept driving south along the highway, keeping our eyes open for prospects.

As we came up to Pikeville, about 10-15 miles from our motel, we decided to exit and search there in hopes of finding something. What I didn’t know is that Pikeville is a more sizeable college town. While there were large sports facilities, parking decks, and big-brand hotels, there was not much in the way of restaurants—especially for breakfast. On the main drag that appeared to be where the US highway used to snake through, we did find Roasted, Coffee and Cafe. However, I didn’t see any breakfast choices that appealed to me for the $5 price tag. So Becky bought her usual espresso and we continued south.

Eventually, we began ascending further and further up hills in the mountains until we went over Pound Gap and crossed into Virginia. Mom & pop dining options along the way were sparse, and we often missed them until we were about to pass them at nearly freeway speed…so it was after 9am and I was still quite hungry. Finally, near the town of Wise, we passed through a commercial strip area where I settled for Huddle House. While the food wasn’t super spectacular or super cheap, it did hit the spot so we could continue on our way.

Morning fog lingers over a valley to the south of Pound Gap.

It wasn’t far to the south where we finally diverged from US-23 at Big Stone Gap and started following Alternate US-58, which is known as Trail of the Lonesome Pine Road most of the way. We passed through several quaint little old valley towns with some beautiful brick buildings right up against the street. In Jonesville, the alternate leg of US-58 joins the mainline highway again and we began following the Wilderness Road. After we meandered our way through countryside and a few more hamlets, we arrived at Cumberland Gap National Historic Park.

Now the Wilderness Road was one of only two good routes across the Appalachian Mountains into Kentucky (the other was the Cumberland Road, which later became part of the National Road that went across from Cumberland, Maryland). Daniel Boone was the man hired in 1775 to blaze a trail that opened up settlement in Kentucky, and that trail became known as the Wilderness Road. It crossed the mountains at Cumberland Gap, which is now the site of a national historic park run by the National Park Service.

Cumberland Gap had been used by Native Americans to cross the Appalachians long before the colonial era. After Daniel Boone carved his trail, it was later widened to allow wagon traffic to pass. It held a great deal of strategic significance during the Civil War, changing hands multiple times. When the US Highway System was created in the 1920s, Cumberland Gap carried US-25E. The Wilderness Road across Cumberland Gap was restored to its historic appearance as a wagon trail in 1996, when US-25E was rerouted through the new Cumberland Gap Tunnel.

Fern Lake between the trees at Pinnacle Overlook

When we arrived, we passed back into Kentucky through this tunnel, and exited the highway to go to the Cumberland Gap National Historic Park Visitor Center. Besides taking a quick look around, I asked a ranger about which parts of the park were the best. It was already about noon, and we still had at least 2-3 hours to drive and a stop for groceries before we made it to Great Smoky Mountains National Park…so we didn’t have more than maybe an hour or two here if we were going to beat rush hour traffic out of Knoxville. The ranger said that hiking across Cumberland Gap doesn’t offer much to see besides the trail itself—but she definitely recommended that we drive up the mountain to Pinnacle Overlook.

So we set out on the winding switchback road up the mountain to a parking lot with ample space. Several short trails, including one that is handicapped-accessible, took us just over the Virginia state line to Pinnacle Overlook. The view here did not disappoint! You can see for several miles across a few towns, countryside, and forested hills to the south, including Tri-State Peak, where the borders of Virginia, Kentucky, and Tennessee all come to point, and tranquil Fern Lake. I spent a good hour photographing from the vantage point here, since it was a relatively clear day and lighting conditions were rather favorable.

Hey, a stranger we met snapped a decent picture of us!

Overlooking Tennessee and Kentucky from Pinnacle Overlook in Virginia…I will post a link to the full-res version (1.2 gigapixels!) when I get it uploaded…

END_OF_DOCUMENT_TOKEN_TO_BE_REPLACED 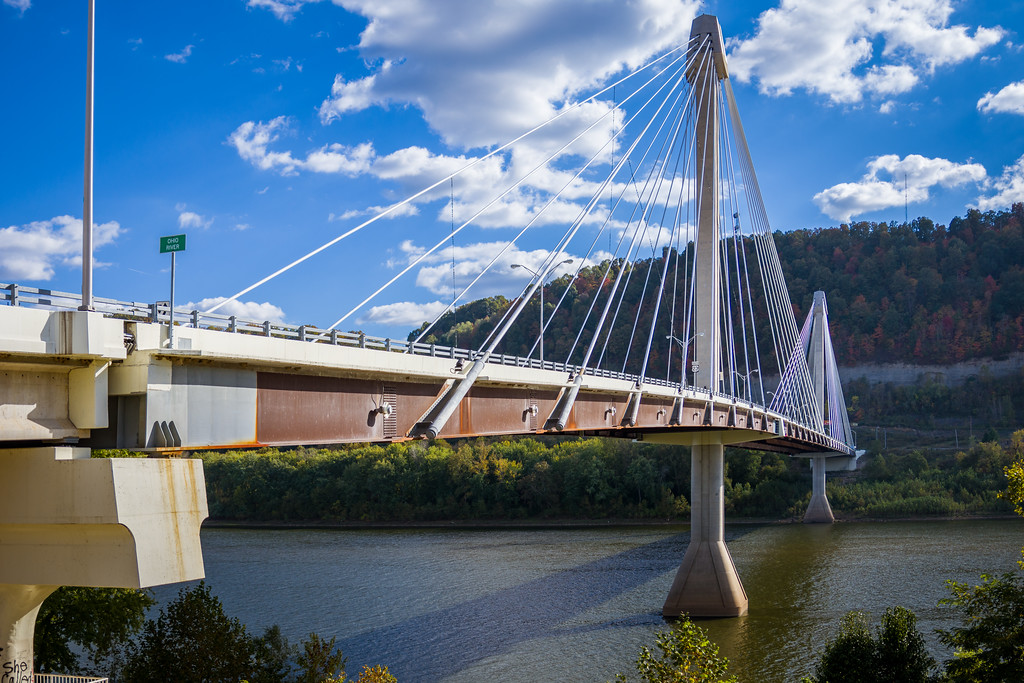