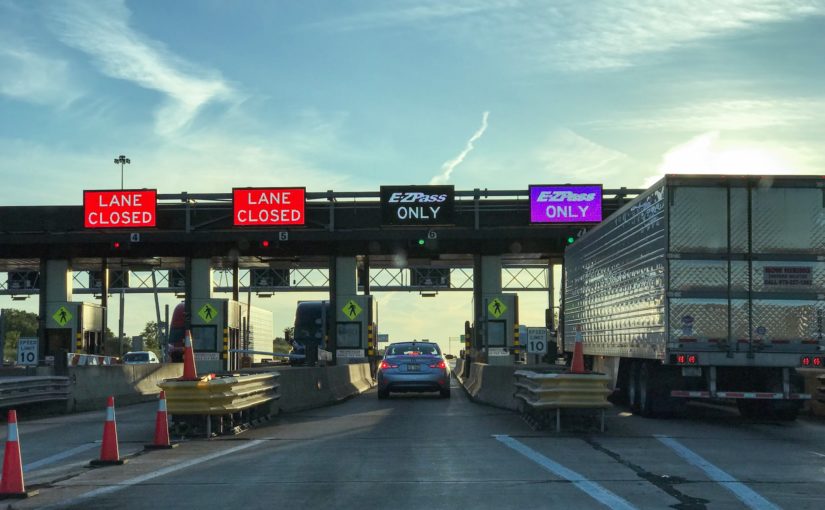 So the Cuyahoga County Fair is this week…that’s only relevant because I got caught in far worse rush hour traffic on my way to pick Becky up from work this afternoon. That along with being about 30 minutes behind schedule getting out of the house got us on the road about an hour later than I’d hoped. Traffic on the Ohio Turnpike was slow too at first, thanks to construction.

In spite of all that, we should be able to get into our hotel room at the LaQuinta Inn next to the Moline Airport before midnight Central time. I suppose every hour we’re behind means less pain getting around Chicago…I hope!

Also, I don’t think we forgot anything. I always have that feeling whenever we head out on one of these trips…I probably have problems hahaha! Anyway, we seemed a little more put together this week despite the hectic last month that we had. There were a ton of problems with our car, so we spent a lot of time shopping to buy another one, as well as working on repairs to the old one. We got something I think we’re both happy with, but it really set us back on a lot of work we’d have put in preparing for this trip.

Last year we got a late start and I was way way more stressed out in the process than I was today. This morning we actually had most of the car packed before I drove Becky to work. We haven’t been able to do that in a while! This year it feels like we have a completely different car, even though we still rented a Nissan Altima. I think we’ve had a 2016 for our trips the last couple of years, so we got really used to them. This time we have a 2019 and besides a major redesign of the interior, they’ve loaded this car with a ton of safety features neither of us have ever dealt with before.

I had to dig through the owners manual to understand how the intelligent cruise control system works. It automatically slows you down when you come up behind someone going slower than your cruise setting. That may be a great feature in heavy traffic, but when you could easily change lanes to get around someone it’s kind of annoying. We figured out how to decrease the distance where it starts to slow down, and Becky figured out how to turn off and on some of the other sometimes annoying safety features. At least it has a sunroof…that should be fun.

We have to make a fuel stop before we arrive at our motel in the Quad Cities tonight Hopefully we can get a fair amount of sleep and find some food that gets us going early enough tomorrow. We’re trying a new route across Iowa and Nebraska this year—rather than taking Interstate 80 the entire way, we’re diverging north from Iowa City to take US-20 across. I’m not expecting anything vastly different from the Iowa section than we’d see on I-80, but our route across Nebraska should offer something new! US-20 and Nebraska Highway 12 form the Outlaw Trail Scenic Byway and the Bridges-to-Buttes Scenic Byway, where we’ll follow the Missouri and Niobrara Rivers tomorrow, and pass through the buttes of Northern Nebraska on Sunday.

One thought on “RealImaginaryWest 2019 Day 1 – Seven Hours Until Sleep!”