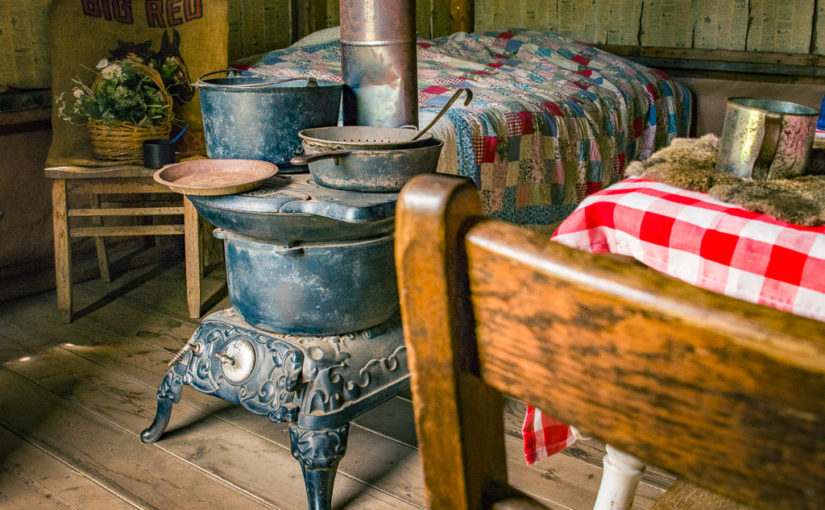 Our first day off the road! We visited Ingalls family historical sites and museums around De Smet, South Dakota and took time to relax and recover after the storm that drove us from our tent the night before.

A carriage traverses the Ingalls Homestead

Waking Up in De Smet

After getting practically no sleep the night before, we began our day at about sunrise by driving into De Smet and getting breakfast at the Oxbow Restaurant. There was no use hanging around the Ingalls Homestead anyway, since they didn’t open until 9am that day. They would hardly have even known we were there, save for a couple of bundles of firewood missing, since we had pitched our tent well after closing time and pulled it out only two or three hours later. The weather had calmed down, with partly cloudy skies and gorgeous shades of greens and yellows from the early sunlight on the terrain around us. The wind was still blowing hard and gusty, but it was all that was left besides a few puddles after the last night’s storm.

With what little of my brain was left, I checked the forecast—partly cloudy, 90 degrees for a high, and windy all day with severe storms likely in the evening with possible large hail. Uhm, yeah…we’re not doing the tent thing! NO WAY. Large hail was all we needed to know.

So at the Oxbow, it was great to sit in something that was not a car, and it was just awesome to get a nice hot breakfast with eggs, French toast, and bacon. Becky and I deliberated over whether we should get one of the covered wagons they have at the Ingalls Homestead that night, or whether we should get a motel.

At breakfast we met all sorts of locals, mostly farmers in the De Smet area. One older man said to another as he walked in, “How did you like the sound of MUSIC, last night!” I quickly concluded he was talking about the horrendous storm and had to laugh out loud! He loved the storm for watering his crops, while I hated the storm for wrecking my sleep and nearly wrecking my tent. It was also quite telling that he found pure enjoyment—apparently that isn’t even close to a bad storm for the Plains!

After breakfast, we trekked back to the Ingalls Homestead and paid for our firewood and the night of not tent camping in the maelstrom. We also bought admission to the exhibits and activities there that demonstrate what Laura wrote about in her books. We planned to first go into town to tour the Laura Ingalls Wilder Historic Homes museum first, and then return to see the Homestead.

On the museum grounds there are four buildings: the main store, the old schoolhouse that Laura and her sisters attended, the small schoolhouse where Laura taught at the age of 15, and the railroad surveyors shanty that the family lived in when they first moved to De Smet. Becky was most excited to see the house Charles Ingalls built, which was across town from the museum itself. I’d love to share more photos, but photography inside the buildings is prohibited.

One remarkable difference with De Smet is that the Ingalls practically lived in the lap of luxury here! The surveyors shanty was originally located on Silver Lake, on the east edge of town, and even it had a huge kitchen with a sizable pantry, a bedroom, a living area, and a huge loft where the girls slept. It beat the pants off the dugout in Walnut Grove and would have been a lot easier place to spend the winters than the log cabin in Pepin. Charles Ingalls got a coup with this railroad job! The family was delivered from the grasshopper-ravaged farm at Walnut Grove and wound up in an even better position in a town that seemed much prettier.

Charles Ingalls built a 10′ x 14′ shanty in 1880, which he doubled in size the following year. This replica at the Ingalls Homestead also includes the 16′ x 20′ addition he added to hold the pump organ he and Laura bought for Mary.

Now while Charles Ingalls worked for the railroad, he opened a store at the center of town and also undertook another homestead claim. There he built a shanty for the family that started out as another “little house”, but was doubled and then nearly doubled again in size—to add a room big enough to entertain and to hold an organ. You see back in Walnut Grove, Laura’s older sister, Mary, at the age of 14 had contracted a fever that caused encephalitis, nearly killing her. This eventually resulted in her losing her eyesight and going away to attend a school for the blind where she would learn to play the organ. While she was away, Charles and Laura saved money to buy an organ for the house as a surprise for Mary’s homecoming. She became the organist at the Congregational Church the Ingalls attended in De Smet.

The Ingalls spent most of six years at the family homestead. Under the Homestead Act of 1862, Charles had to plant at least ten acres of crops for five years, live there for at least 9 months of each year, and build a house to live in, after which he would receive ownership of the 160-acre quarter-section of land he had developed at no charge from the federal government. Another way a homesteader could receive his land was to plant enough trees on the land successfully in that amount of time. Charles showed in his proving papers that he had succeeded at farming 30 acres and that he had also planted 6,000 trees, exceeding all the requirements to receive his homestead.

The Ingalls Home & Museum is the last house Charles Ingalls built and lived in.

As Charles and Caroline’s age advanced and his daughters except Mary got married and moved away, the family built a house in De Smet that would top even the modest shanty on their homestead. It started out small yet again, but Charles kept adding to it and improving it until Caroline had even said that they no longer lived in a little house—now they had a comfortable one. This is the only Ingalls house that still stands just as it was, kept up in its original interior decor. It was positively beautiful and looked like a palace compared to all the places they’d lived in before. All that hard work in unforgiving environments had really paid off for the Ingalls family! The house itself was often how Charles, Caroline, and Mary made their living as they got older, offering room and board to all sorts of people who needed a place to stay. The surviving daughters managed the house for several years after Charles and Caroline’s passing, eventually selling the house after it was in the family for 57 years.

After visiting the Ingalls homes and schoolhouses in De Smet, we stopped at the cemetery outside of town where the Ingalls family was buried, and then returned to the Ingalls Homestead to tour there.

360-degree panoramas of Ingalls Homestead. Click and drag to look around & click the arrows to see a different location. Click the top right button to go full-screen.